Baby boomers make up about 20% of the population but account for 80% spend in the travel industry. The grey nomads are a generation on the move!

Baby boomers are the generation born after WWII and span from 1946 to 1964. That means they are in their mid-50s and just reaching 70. This generation hasn’t historically been travellers. They didn’t do what we did in NZ in the 1970s, 80s and 90s – the Kiwi right of passage and head off on an OE (overseas experience) because they pretty much left school, settled into steady jobs, married young and had their families young.

But now, with the kids grown up and flown the nest and while health is still on their side, the boomer generation is splashing their kids’ inheritance around and booming in the travel industry trends as they find themselves footloose and fancy free and looking to spend on experiences and tick off some of their bucket list items.

According to a survey by the American Association of Retired Persons (AARP), American Baby Boomers expect to take up to five leisure trips this year, and spend nearly US$6,500 on travel.

A whopping 84% of them do their bookings online too.

The Seniors Abroad Survey, part of ASIA’s Australian Seniors Series, found that 74% of respondents typically went on at least one trip a year, with 94% saying travelling makes them feel alive or is a great opportunity for self-discovery and personal growth.

The idea of saving for the kids inheritance is not a factor any more as most seniors who travel have kids who want them to get out and spend it. 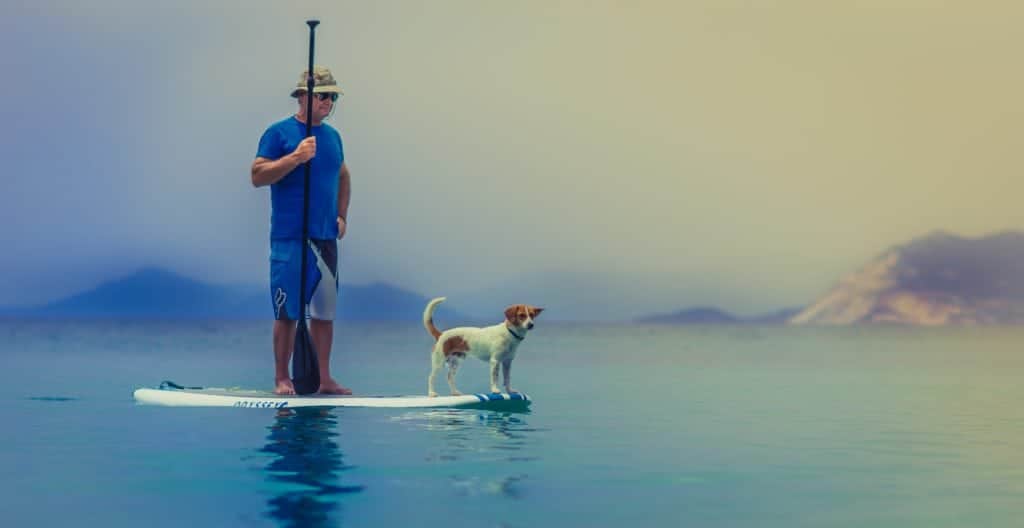 Photo by Alex Blăjan on Unsplash

So what’s on the bucket list of the Baby Boomer traveller?

They are looking for adventures. NZ and Australian Boomers have most likely have travelled to easy, English-speaking destinations especially within cooee of home (for New Zealanders that would be Australia, the Pacific islands, Hawaii and possibly the west coast of the United States.)

Now they’re after places they’ve dreamed about. They’re trying out their first cruise – maybe even taking their adult children and grandchildren. And they’re realising they love that smorgasbord of countries on a platter that cruising provides and now want to spend more time in the places they only had a day in.

That’s not to say relaxing holidays are being overlooked. AARP reports the percentage of American Boomers saying they travel to relax and rejuvenate jumped from 38% to 49% for 2018.

Educational trips are on the rise especially for the younger Boomer in their 50s. That might range from booking a cooking class in Italy or Vietnam to an expedition cruise to the Antarctic.

According to an article in Traveller.com.au ‘Tours, or escorted journeys, often present the perfect holiday option. “We love the fact that with a good tour, everything is taken care of and you don’t have to think of – or worry about – anything, except having an amazing experience,” says Victorian Joan Smith, 63, who is now on her fifth tour overseas.

“I love having tour options to countries that maybe you could once only dream of seeing. And to travel through them with like-minded people and local guides sharing their local knowledge only enhances the experience …”‘

Baby boomers are well read and researched too and have likely spent days – even months – online looking at where they might want to eat or a local attraction they might like to visit. The kind of tour that appeals is one that has done all the leg work for them, but allows them enough free time mixed with planned time to see the things they are interested in. 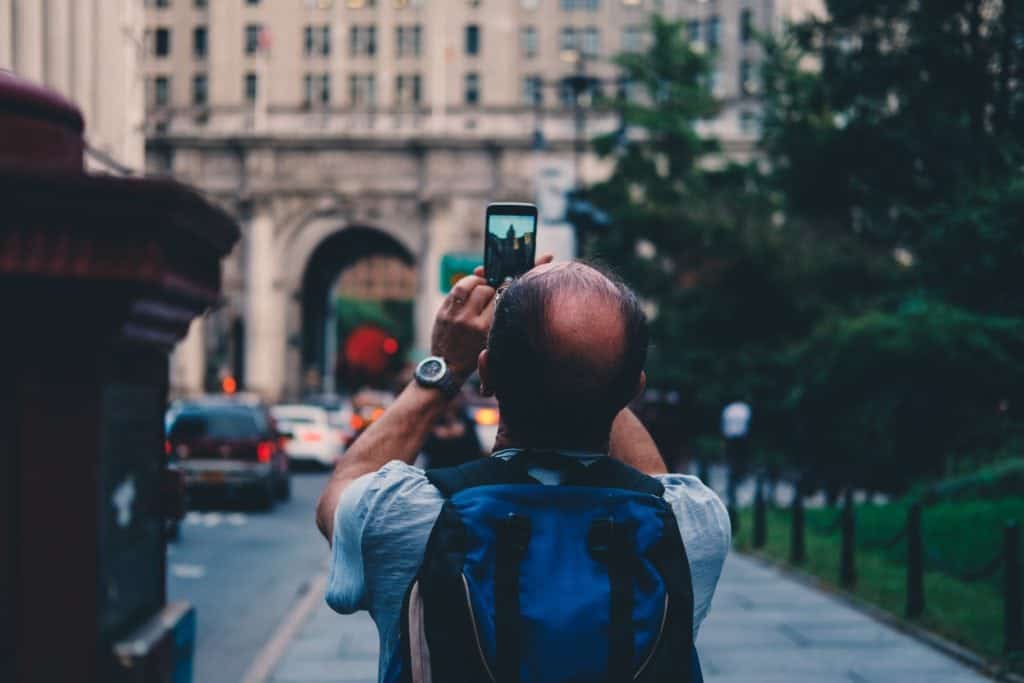 Photo by Matt McNulty on Unsplash

My Bespoke tours for baby boomers!

I didn’t actually intend for my tours to be baby boomer tours, but that’s the demographic who are coming along and I’m thrilled about it!

I’m only a whisper shy of being a Boomer myself, but ahem – am technically a Gen X’er – and last year hosted my first group trip which was to Vietnam with 10 people, and this year I took a group of 11 people for 3 weeks in Italy in September.

For various reasons a small group tour appeals to this age group: they don’t need to travel alone if their spouse is no longer with us, or if he (and yes I deliberately say “he” because most of my guests are solo females!) just doesn’t want to travel.

Small, bespoke tours also appeal to those who haven’t done much travelling and don’t feel confident or perhaps “intrepid” enough to explore non-English speaking countries on their own, but who also don’t like the thought of big coach tours where 20+ people are herded around.

An organised tour that ticks all the must-sees are also great for those people who don’t want to plan for months, but rather have someone like me and my travel agent put it all together, including flights, lovely accommodation and all the VIP entries into the heroes that we have on the bucket list (think Vatican Museums, Colosseum, Machu Picchu…)

Where are you going next?

March 2019 I am taking a small group who love jazz, blues, barbecue and basketball to New Orleans and Memphis finishing with a game between OKC Thunder and Memphis Grizzlies to see Kiwi basketballer Steven Adams play.

In September 2019 I am planning a tour to France and northern Italy. Starting in Paris then travelling east to stay in little French villages and down into Switzerland then across the northern Italy lake district and ending in either Venice or adding a couple more days in flying out of Rome.

In October I am hoping to take a small group to China starting in Beijing to see the Great Wall, then down to Xi’an for the Terracotta Warriors, then Chengdu for the pandas and three days on a Yangtze River cruise and finishing with 3 days in Shanghai for some shopping. (I just got multi-focal glasses made in half an hour for $85 in Shanghai!)

Do drop me a line or write a comment below if you’re interested in joining me at some time. I’d love to talk to you 😀

Hi Megan, love listening to you on ZB! As first time cruisers my son wants to cruise Australia to Pacific Islands, can you recommend a cruise line please?

Hi Marlene, they're all good! But I would look for things like onboard entertainment and dining like speciality restaurants if they are foodies. It also depends on how big a ship you want. The bigger it is, the more activities and things like shows. Smaller = more intimate. So hard to decide! Then there's the price for cabins with balconies. All these factors matter when choosing the right cruise line :)

Hi , we are keen to fly into Washington and drive down to Florida , cruise around the Caribbean and finish in New Orleans . Have you driven down the eastern seaboard at all ? We cd meet up with your New Orleans tour . Just wondering what time of the year is best time to go to the Caribbean . I haven’t done any research yet . But will get onto it as friends say we should be booking now for next year so don’t miss the best itinerary and deals . Thoughts ? Have just bought online one of your travel pillows for our son , flying to France in a few weeks . Thanks for that . G

Hi Gretchen Your trip sounds amazing. I haven't driven the eastern seaboard but we did do 4 days driving the Florida Keys last year which was great. I really liked Key West. My tour will be March/April as that will be the end of the NBA season before the playoffs and will give me the most amount of time to market it. May it starts getting hot so those dates might suit you well if you wanted to join us. I won't know exact dates until the 2019 schedule is published in August. Your son will love that pillow!! :D - Megan

I would be very interested in the New Orleans trip especially if it includes watching Steven with OCT !

Great Sandy, I'll let you know. The 2018/19 NBA schedule comes out in August so once I see where they're playing I'll put an itinerary together :D