In the week that I write this we’ve seen United Airlines have a man physically dragged off an overbooked flight, airports closed in New Zealand due to the ferocity of Cyclone Cook (the worst storm since the 1969 Wahine disaster storm) and mass evacuations of parts of the country due to flooding or expected flooding and slips.

No level of insurance can ease the pain and annoyance of these unexpected events, and believe me I’m insured to the hilt, but sometimes we just have to suck it up, take a breath (or ten deep ones), pour the wine and decide how to react. And learn some lessons from our observations… 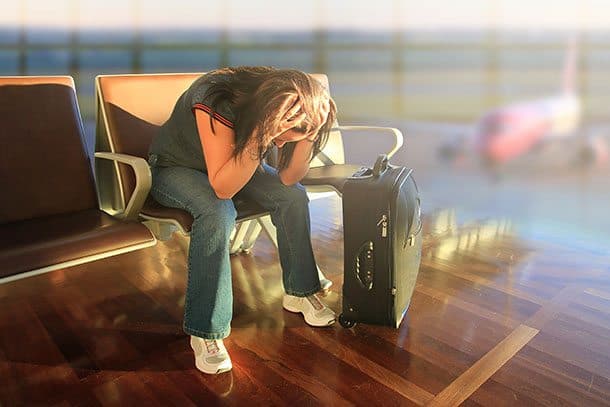 When you’re stuck at the airport! Pic from Shutterstock/ GagliardiImages

I flew into Miami at the tail end of Category 5 Hurricane Wilma in 2005. Until 2015 she remained the most intense tropical cyclone in the Western Hemisphere. The city looked like it had been in a fight. Billboards hung shredded from their frames, palm trees stood, whipped and desolate stumps, and their leaves and other flotsam were strewn about the streets. Windows were boarded up and tape X’s marked anything that wasn’t covered.

I was planning to transit through to visit my brother in the Cayman Islands but all flights were cancelled. I didn’t know what to do to be honest. The power was out across the city and hotel rooms were impossible to find. I traipsed around the baggage area waiting for all the stranded luggage to be released and picked up the hotel freephone in the airport to try my luck. I admit to tears of frustration and anxiety. People had resigned themselves to staying at the terminal for the night. I soooo wanted out of there! Eventually I found a hotel who said they had no power but I could have a room. I shouted YES PLEASE down the phone and ran outside to grab a taxi before someone else took the room. 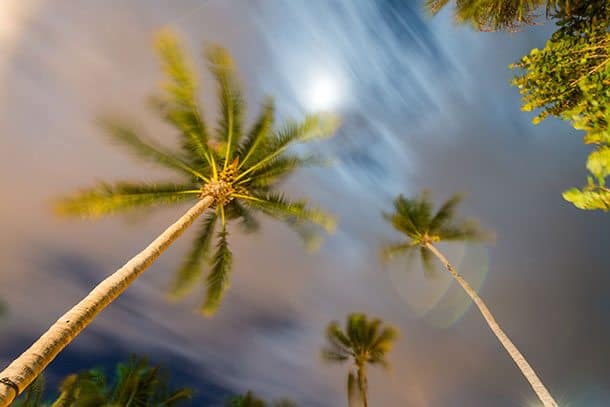 By the time I rang my brother from the hotel there might have even been bubbles coming out my nose – or at least that’s how he explained it to mum when he relayed my whereabouts later. My land lady rang my cell phone from Auckland about something to do with the house, of which not only was I physically thousands of miles away from but emotionally I was millions of miles away from and did she know about my stranding. I think I told her. She wished me all the best and said we’d sort out whatever it was when I got home. I went to bed early. Everything was dark.

The next day, after eating a sandwich and a muesli bar that the hotel provided for dinner, I made my way back to MIA Airport and flew happily down to the beautiful Cayman Islands and we put the whole sorry story behind us. Actually, we dined out on it for a bit, and maybe therein lies the moral of the story…

When you find your travel plans have gone awry due to missed flights (tick), weather calamities (tick), lost luggage (tick), or being bumped off a flight (I’ve been offered the bump compensation, but not taken it up as others were more than happy to), suck it up sweetie and think about the dinner party stories you’ll be able to tell. 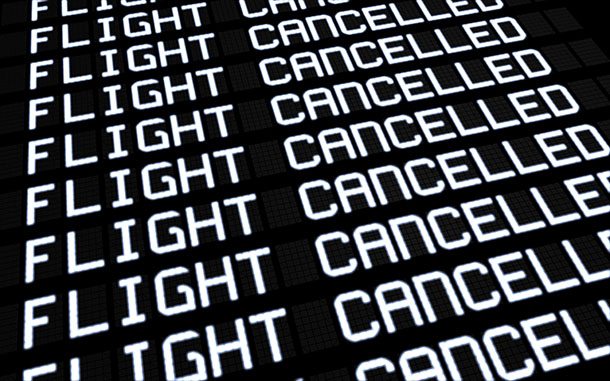 What we learned this week:

1 If security or law enforcement tell you to get off a flight, get off the flight. They have the right. It’s in the small print. And besides, there are other ways to deal with such an inconvenience that don’t involve any risk of violence. The more I think about it, the more I reckon he was lucky he was on a plane because refusals like that can get a person shot in America!

2 If you’re stranded at the airport due to flight cancellations, jump onto AirBnB or phone a friend and find a room – that’s if you don’t fancy sleeping in the lounge all night. It’s not the worst thing to happen.

3 If you’re evacuated from your house (or tent) and told to get to higher ground, don’t head to the beach – especially not with a surfboard. Often you’ll find Facebook pages with kind and generous strangers offering a room to anyone stranded.

At the end of the day society runs well when people behave with courtesy. I know that goes both ways, but I like to think I’d err on the side of being the more courteous person. It might mean sucking it up at the time, but it’s best to follow directions and sort it out tomorrow. In my humble opinion…