Updated 2018: If you’re visiting Christchurch soon and haven’t been for a couple of years – or especially if you haven’t been since the earthquakes, a LOT has changed. But the city is looking so great right now and new hotels, shops, apartments and restaurants are open (and opening all the time) in the CBD.

I’ve just popped down again and this time stayed in the iconic Chateau on the Park Doubletree by Hilton. With its turrets and a kind of moat running around reception, the gardens are stunning and were in full bloom. Since they joined the Hilton group the rooms have had a makeover and the location (beside Hagley Park) makes this hotel ideal for the business traveller as well as pleasure seeker (and sometimes they are the same person!) 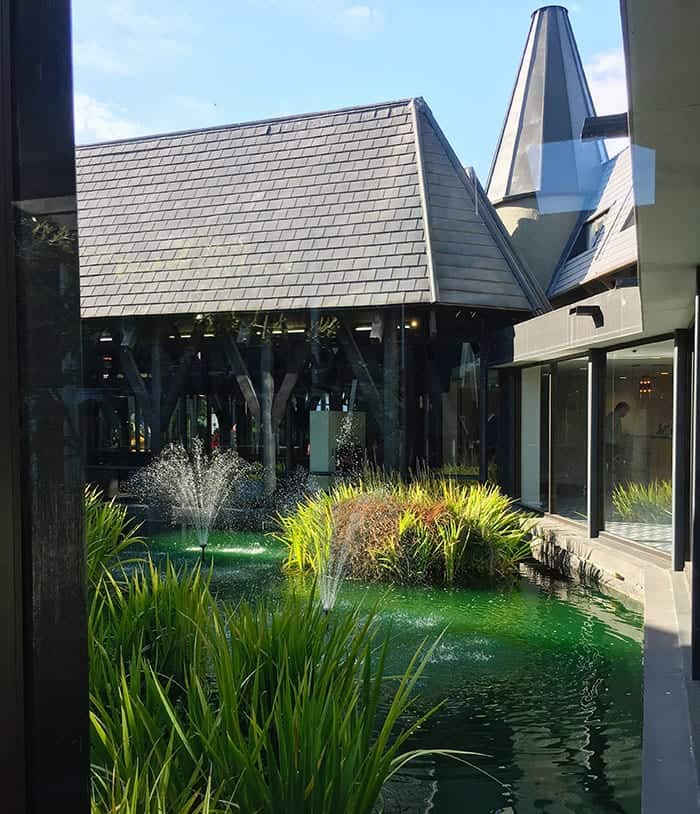 The pond flows around the hotel and blends into the gardens 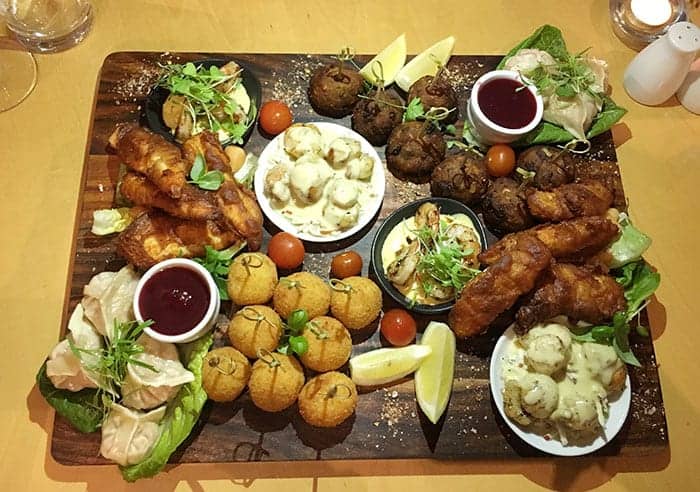 The restaurant is a stand out and is worth booking a table because the locals also know about it and if it’s not filled with hotel guests it will likely have the neighbours in. They are soon undergoing a makeover too, but will be open throughout so you won’t miss out on an entree sharing platter (like we had for six of us!)

Anyone who knows Doubletree will know that a huge warm cookie on arrival is standard and this hotel is really spacious with lots of nooks to wait for your friends or an Uber. We walked to the Riccarton Farmer’s Market on Saturday morning (about 3 blocks) and enjoyed Posh Porridge sitting on the bank of the river while a family of ducklings swam by. This is one of New Zealand’s best farmers markets with loads of fresh produce, meats, breads and ready to eat food as well as artisan products like soaps, salts and sweets.

The first hotel to reopen in the CBD after the earthquakes was the Ibis in 2012. I came down for the opening weekend and back then it was surrounded by rubble, buildings still to be turned to rubble and the ingenious Restart Mall – a series of brightly coloured shipping containers that became temporary shops and cafes.

The Ibis opening was a great news story for Christchurch and its location is now right in the heart of the new malls and restaurants, just 150m from Cathedral Square.

Now the containers have gone and the Ibis is surrounded by the new restaurants and exciting shops in the new laneways of Cashell Street. 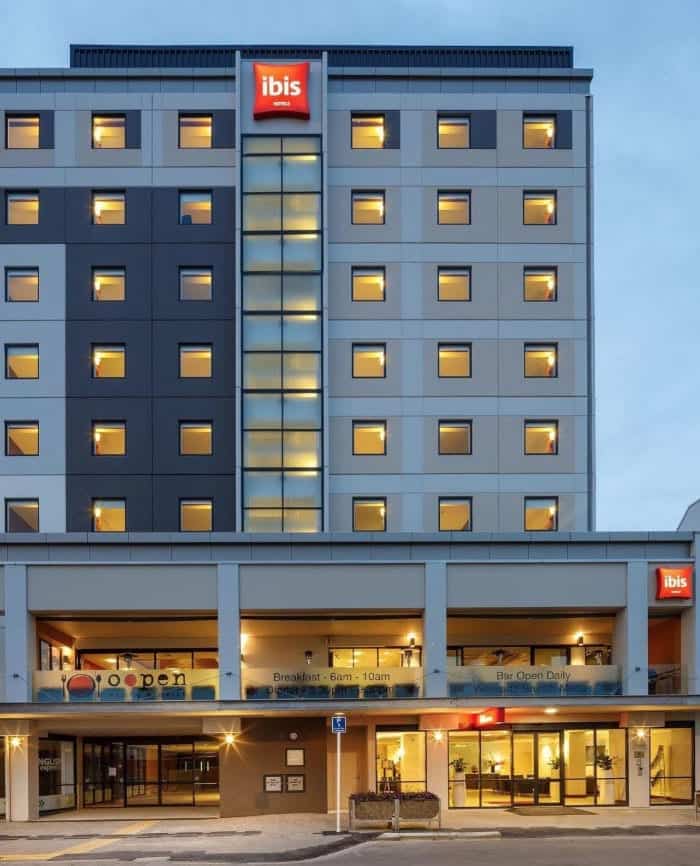 Ibis Christchurch is located right beside the shopping of Cashell Street 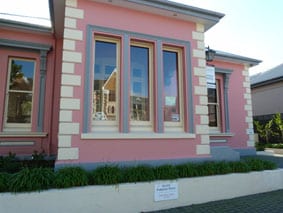 The pink historic villa on Worcester Street really stands out

The historic home is opposite the Arts Centre on Worcester Blvd. It originally opened in 1897 as the chaplain’s house for Christchurch Boy’s High School. In 2005 Peter Morrison bought it, added a new wing out the back and opened 12 rooms.

During the earthquake he was closed for only two weeks for minor repairs, but mainly because power and water was off. Incidentally he found an old artesian well in the back garden from a tap he thought was a remnant of another era. They had fresh drinking water right from the start.

The Classic Villa is a cute “boutique hotel”. More of a bed and breakfast really. A large communal dining table greets you when you walk in the door in front of Peter’s kitchen from which drinks and snacks are made available any time. A Continental breakfast is served from 6.30am until 10.30 and the island bench is laden with fruits, cereals, pastries and breads, cheeses, cold meats and juices – and Berocca and Eno for those who’ve had a large night on Christchurch’s newly opened tiles! Peter will do dinner for groups by arrangement.

This location is also opposite the Christchurch Museum and just down the road from the Art Gallery, then an easy stroll into the CBD. The tram also stops just outside. 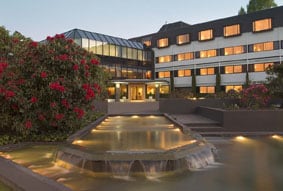 The entrance to the fancy George

The George is a 5-star hotel and part of the Small Luxury Hotels of the World. It’s located opposite Hagley Park which is about to burst into blossom as I type. Again, its location meant it was not badly damaged, apart from some cosmetic work needed.

Immediately following the February 2010 earthquake, the George was the accommodation base for police. Today I am sitting in my suite with a gas fire, two flat screen TVs and a view over the park. 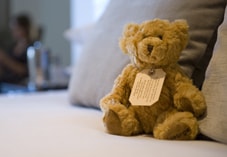 As with most of Christchurch, it’s pretty easy to walk around from here. One block over is Victoria Street which is enjoying new restaurants and bars just opening their doors for the first time even this week (2012). Their own restaurant Pescatore offers fine dining or you can choose 50 Bistro. Expect to spend about $35+ for a main course.

But the cutest touch of all is each guest is given a cuddly bear named George. George has his own Facebook page and photos of him doing exploits all over the world are up there.

Keep intending to have a good look around Christchurch when we head south, there is so much to see with all the changes, would love to stay at The Chateau on the Park.