In fact all Disney Parks in the US are open and are ready to welcome us back after about a year of being closed. But things will be different – for a while at least. Read on to see the new post-Covid Disney experience…

But first, did you know that Walt Disney secretly bought big chunks of land out here in Florida after his Disneyland park was built out on in Anaheim, which cramped his huge vision into a little 40-hectare (99-acre) plot?

Deciding never to be cramped by neighbours again, Walt Disney began anonymously buying small parcels of land in Florida, 5,000 and 20,000 acres at a time. The locals wondered who was buying it all up.

Then in 1965, seven years after Disneyland had opened in California, Walt Disney arrived in Florida and announced his imagination. Today we know Disney World as quite possibly the most famous tourist attraction on the planet.

The Happiest Place on Earth here in Orlando stretches over 43 sq miles (nearly 70 sq km or 27,520 acres). Compared to Disneyland in Anaheim at 0.15 sq miles (99 acres). As you know, pretty soon the hotel chains and other theme parks came making Orlando the theme park capital of the United States which now has Universal Studios, SeaWorld, The Holy Land Experience and more fun and water parks.

Because Disney World is so huge, you need to spend a few days here – preferably a week to ride the full magic kingdoms, explore futuristic destinations and lost worlds, and get lost in the fairytale world of princes and princesses.

There are four Disney parks within Disney World: Disney’s Animal Kingdom, which includes real exotic animals and themed rides, Disney’s Hollywood Studios, with loads of movie characters and the Star Wars Galaxy’s Edge park, Magic Kingdom Park (which has many of the same rides as Disneyland in California) and Epcot Center, which is planning a Guardians of the Galaxy ride.

But during the Covid-19 pandemic, the parks were closed for a year and have just reopened with a few things that will be done differently now.

Here’s what to expect at Disney World in 2021

You’ll need to have already made a reservation via the new Disney Park Pass system. You’ll need confirmed hotel accommodation, or if you’re a day guest you’ll need a confirmed dining reservation.

The best thing to do is Download the Disney App to your phone to be kept up to date and manage your visit while you are in the Park including making dining reservations, contactless payments and ordering food. Plus you can look at wait lines for various attractions, show times and even join a virtual queue.

• All visitors to the park need to confirm at the time of booking that they are not experiencing any of the symptoms of COVID-19 identified by the CDC.

• Bring a mask. Face coverings for guests older than 2 years are mandatory in every indoor location, at attraction entrances, and on transportation, although visitors are free to remove them when outside. Guests are advised to use the My Disney Experience app, MagicBands, and contactless payment to ensure a smoother and safer experience.

• Disney World has also put higher-level cleaning protocols in place in busy areas, as well as providing hand sanitizer and hand-washing locations throughout the park.

Disney is monitoring the on-going situation and paying close attention to CDC guidelines. As the vaccination program continues the park is relaxing restrictions wherever it is safe to do so, and the above measures are subject to change.

When is the best time to go to Disney World?

So having decided to visit Florida’s Magic Kingdom, the question remains: when is the best time to go?

Disney World is a great time any time, but there are definite factors to consider when planning exactly when to take your road trip or quick break.

Here are a few of the best times of the year to visit Disney World, depending on what you are looking for in a vacation, as well as a few FAQs to make planning your trip even easier!

If you want to avoid the crowds

Predicting the crowd levels at Disney World to avoid massive wait times for rides can be a tricky business, but there are a few things to keep in mind if you are aiming for a less busy experience in the parks.

If you don’t have kids, then school vacations are obviously best avoided, as well as weekends. And avoid Spring Break, Memorial Day Weekend and Thanksgiving week too! Weekdays in January, February, September, and October tend to be the best time for less crowds.

January is usually the best month for low crowds, particularly in the week after the Walt Disney World Marathon but you do run the risk of wet weather (I say just where a jacket or pack an umbrella!). In 2021 Disney’s marathons and 5K and 10K events are all virtual races.

If you want perfect weather

If what you really want is a trip to Disney World with perfect weather, avoid the Florida summer!

In Orlando, the worst months are the peak summer months of June and July. They are hot, humid, and sticky, and coupled with the summer vacationers, this makes for a less-than-perfect experience.

Early December offers an excellent climate – warm enough for t-shirts and shorts, without the intense heat or humidity of the summer or the rain of autumn.

If you want a special Disney experience

One of the best things about a trip to Disney World is the special events that take place throughout the year. Disney World events include Star Wars races, Disney Marathon, Flower and Garden shows and a whole lot more.

Christmas is obviously perfect for a great experience with parades throughout December and Mickey’s Very Merry Christmas Party being a highlight.

But the real winner when it comes to special events at Disney World is September. You can count on Mickey’s Not So Scary Halloween Party, Halloween Horror Nights throughout the month, and the EPCOT International Food and Wine Festival, plus the kids are back in school so the crowds are usually smaller!

When is the worst time of year to visit Disney World?

August is the hottest, most humid, and most crowded month to visit. Avoid if possible!

When is rainy season?

Also, hurricane season in Orlando is officially from June to September so keep an eye on weather updates.

When is the best time of year to visit Disney World?

In a nutshell, look for midweek days in November, December, February and March.

Park hours differ through the year and you can click on this 5-day Disney Park Hours interactive here. But typically plan for 8am to 9pm.

There are about as many ticket prices and options as there are days in the year! Family passes, local resident prices, military prices, 1 day passes… Typically prices are $109 for one day in one park only. Obviously the longer you stay the less you’ll pay on a daily rate. Click here for ticket prices. Tip: check the park availability calendar before booking!

Do they shut the rides for refurbishment?

In a word, yes. Disney World tends to avoid shutting rides around important vacation dates, but most rides will shut once or twice a year for maintenance. Early January or early September are usually the times when the most refurbishment is taking place.

Where’s the best place to stay?

There are 24 hotels at Disney World. It’s mind boggling. Your best bet is to stay at one of them and enjoy the perks of free transport around the park, early entry each day and other cool things.

Not only that but Orlando is also home to Universal Studios, Sea World (although after seeing the size of the whales on Google Earth compared to their tanks, I now have a boycott on Sea World).

Disney’s Grand Floridian and Contemporary hotels are the most convenient, just a short monorail ride to the Magic Kingdom.

The Wilderness Lodge is also a great option, and you can get to the park by boat!

How do you get around Disney World?

There are loads of ways to get around, but you can expect to do a lot of walking! Bring good shoes.

The mono rail is the quickest form of transport in Disney World, but it only runs on three lines.

Of course Disney World is in Orlando, so most people will be searching for flights to Orlando International Airport (MCO) online and travel the 19 miles to the Magic Kingdom. There is also a complimentary shuttle service so they make it easy. But if you can fly into another airport and rent a car, you might get cheaper prices.

Also plan to go mid week for cheaper flights, and even though it might be more expensive to stay in a Disney hotel, the benefits might just outweigh staying in a nearby BnB and having to drive yourself there and back. 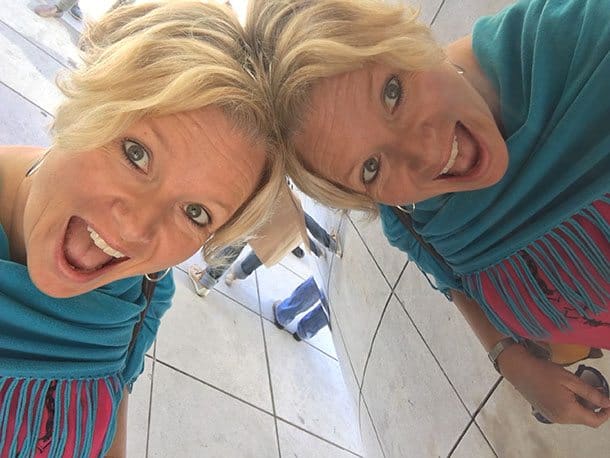 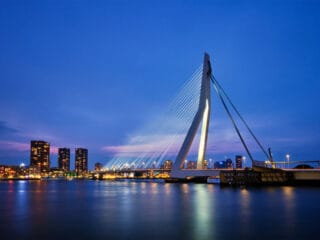 Fab things to do in Rotorua