When fashion guru Gianni Versace was gunned down on the front steps of his home in South Beach, Miami in 1997, frock wearing females the world over reeled on their high heels. Not to mention the shock to the rest of us who’ve never seen a Versace gown, let alone worn one. South Beach? Isn’t that the place of the botoxed and beautiful? 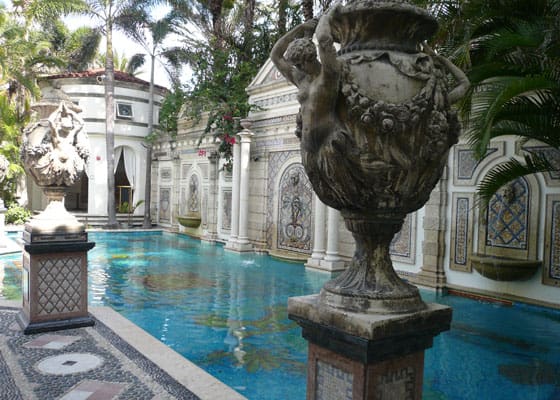 The pool inlaid with gold tiles

I was in Miami and retraced the flamboyant designer’s steps that fateful morning as he left his home with his pooch to go and get a coffee from News Cafe, about 2 blocks from his house. I sat at a table in the cafe under the leafy trees and thought how awful that a lone and clearly crazed gunman was skulking the streets that day. It’s not the sort of thing you expect in South Beach. This art deco end of the strip is full of muscly men, motorbikes and hot chicks wearing not very much. Tourists wear bata bullets and locals teeter on mile high heels.

Gianni poodled home that morning after having read the Italian newspapers that News Cafe is famous for and was shot and died on his front steps. Truly awful. 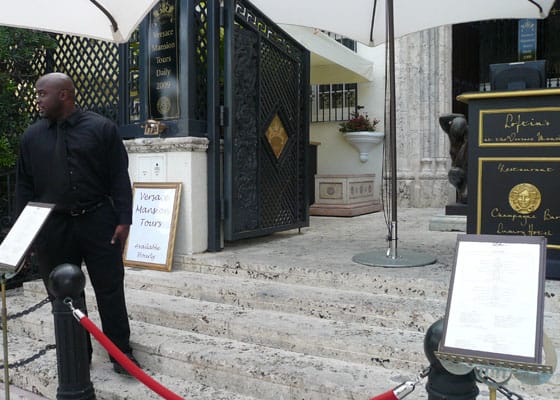 Wait behind the line for a Mansion Tour

He left half of his estate to his then 11-year old nice Allegra, Donatella’s daughter, and split the remainder between his brother and Donatella. Eventually the property was sold to a telecommunications tycoon from New York and in 2009 Casa Casaurina was opened as a boutique hotel, restaurant and bar.

I went and had a tour through Casa Casuarina and checked out the rooms – the one he designed for Madonna (with a gold bathtub) and another that Elton John helped him design for himself. Allegra’s room with handpainted birds on the walls. The loo with a golden seat. The swimming pool with gold tiles inlaid into the floor. The circular show room with 4 shower heads that I’m sure could tell us a few stories….

Oh and you wanna hear something funny? Donatella offered the furnishings to the new buyer for an extra $2 mil. He turned her down and went out and bought new Versace branded product instead. Donatella, meanwhile, sold the stuff for $19 mil. Funny indeed. 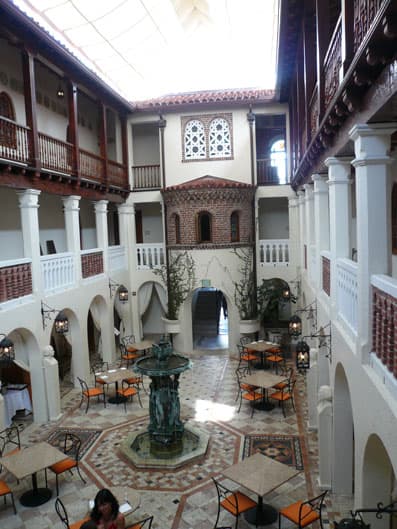 This cafe inside is open to the public 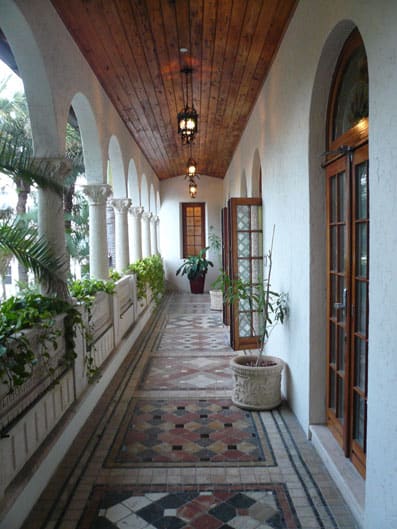 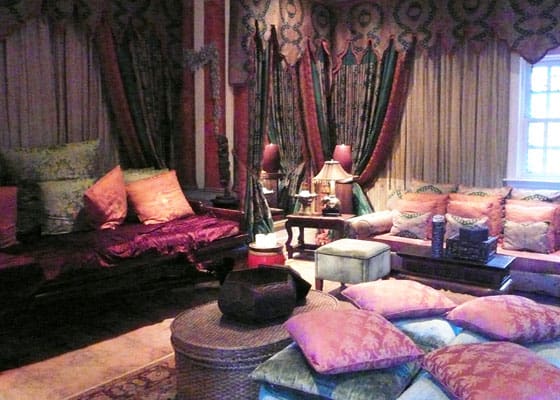 The sumptuous velvet lounge off the pool area 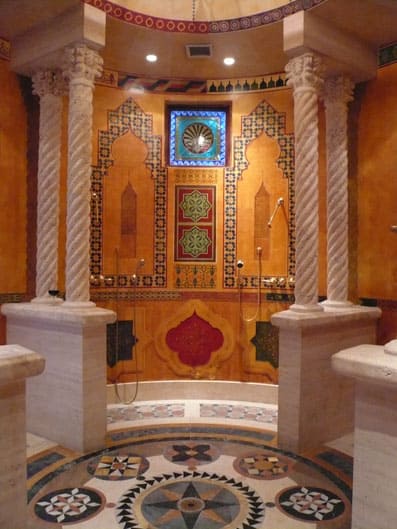 The communal showers beside the pool 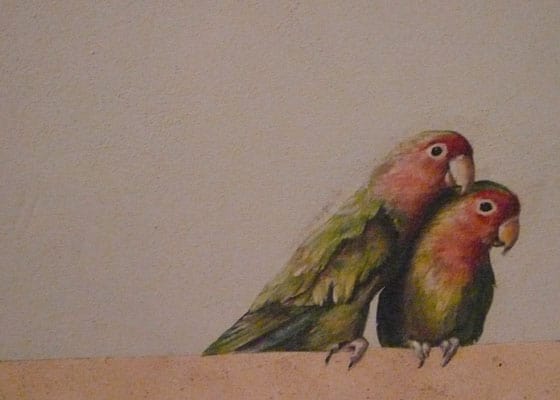 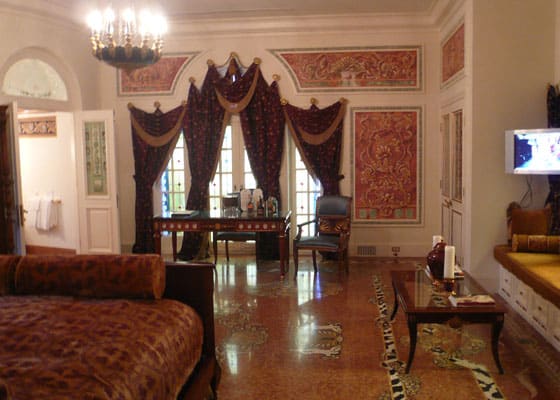 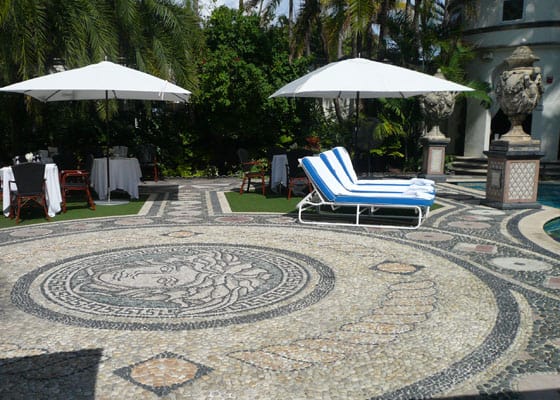 Book a table for lunch beside the pool 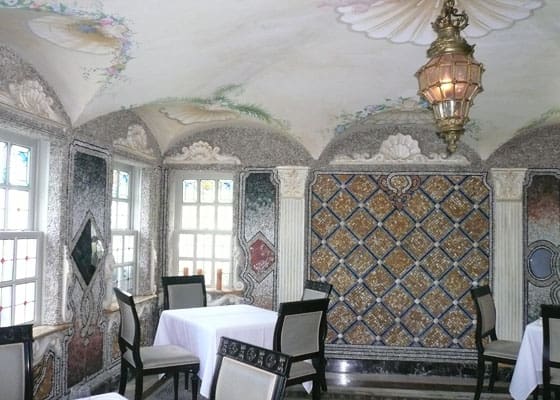 Private dining room available to the public. The mosaic wall was done by an Italian artist and redone when Gianni threw a hissy. 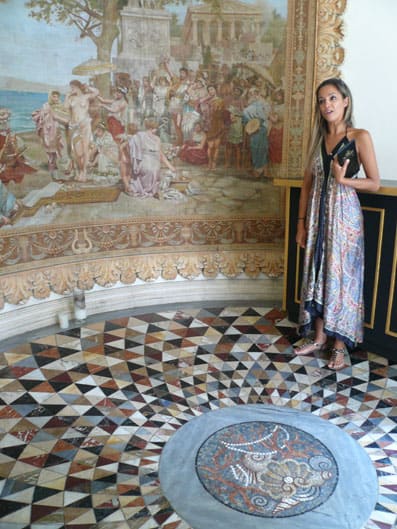 Our guide explains this tapestry was found in the basement. It’s priceless! 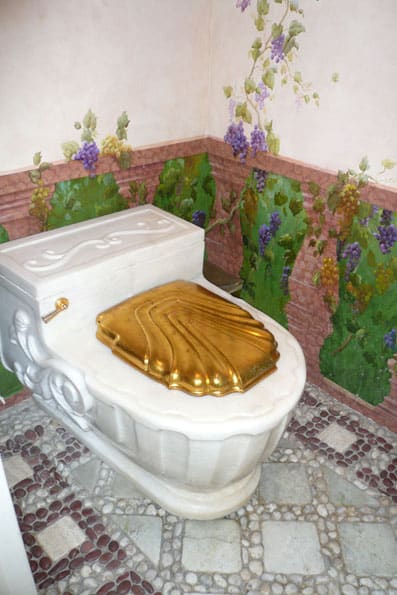 The golden toilet seat. Donatella kept one for herself and the other remains here.

If you want to read my full story of noseying through Gianni Versace’s mansion, click here to read: Miami Nice on the NZ Herald’s website.