Take me out to the ball game!

Home » Take me out to the ball game! 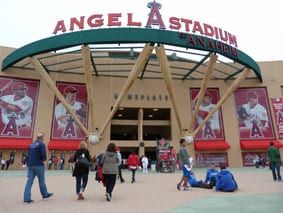 There’s more to Anaheim than Disneyland! I just went to an Angels baseball game at Angel Stadium and got amongst the hype and hoopla of my fellow Americans.

There’s nothing more exciting than attending a sports fixture in the US. They really get into it. Not that we don’t, but the patriotism is very cool – standing for the national anthem – and we also got free hats to wear.

Thanks to the lovelies at Anaheim OC Tourism I joined them in their VIP seats – 5 rows behind the batter! We also started with an outstanding buffet dinner at the ground accompanied by a couple of beers, followed by a bag of cotton candy (candy floss) in our seats. 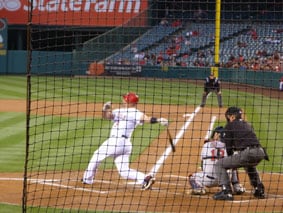 A swing and a miss from Pujols

Albert Pujols was under pressure to hit his 100th homerun, but alas has to wait for another game to do that. In fact since he transferred to Anaheim this season he hasn’t a homey. But “we” did din win! 4-0 against the Minnesota Twins.

Remove your hat, stand and sing along to this breathy rendition of the Star Spangled Banner – along with the rocket’s red glare in the form of fireworks.

So when you go to Disneyland, skip the laser light show one evening and head to Angel Stadium. You won’ be disappointed.

Are we Facebook friends? Come and join the fun here >>> 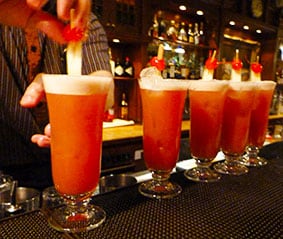 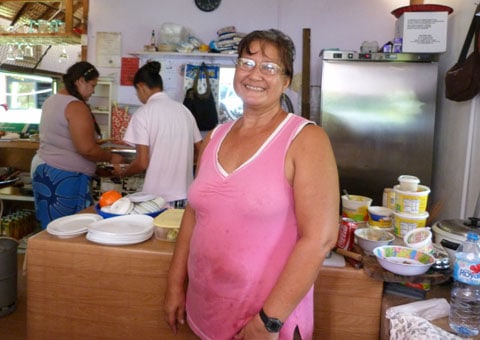