Orlando is a family destination and there’s no getting away from that. If it’s a romantic te ta te you want, you won’t find it here. However it’s also a huge conference city with thousands of delegates pouring into the many huge hotels and then partying at theme parks at night.

I know this because I am one of them. I’m in town for the annual US Travel Pow Wow where 5000 people come to buy and sell US travel products and the media report on what they see.

What I’m seeing is some very cool theme parks with brand new rides and a visit to Kennedy Space Center on the coast. Oh yes, I hung out with the rocket scientists. Plus a bit of shopping. Perfect.

Here’s my list of the Top 5 things to do in Orlando:

1. Kennedy Space Center on the Space Coast. It’s about 60km (or an hour) out of Orlando where you can have tours of the facilities, have lunch with an astronaut and stand up close and microscopically small beside some space craft that either didn’t get used (one of the Apollo mission rockets) or full scale replicas that now serve as walk-throughs to the new Shuttle Launch Experience – a 3D simulator ride that is as close to the feel of a real launch that you and I will ever get. (Unless you’re reading this, Richard Branson). 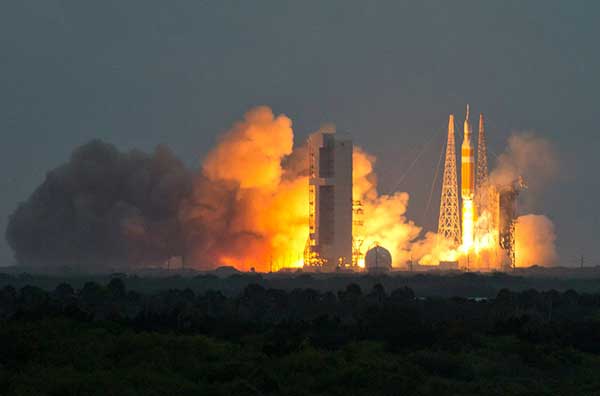 2. The new Wizarding World of Harry Potter attraction at Universal Studios that doesn’t open until June 18, but if you know the right people you can have a look. I know some people. In fact so do 5000 of us. It is very cool and I reckon worth going to Universal just to experience. It is a replica of Hogsmeade Village. Shops sell jokes and tricks, candy – including Bertie Bott’s Every Flavour Beans where you might get a garlic jellybean or a strawberry one. Hog’s head pub sells Hogshead beer and Butter beer. There’s a post office (Owl Post) where you can send a wand or a postcard with a Hogsmeade postmark, and a wand shop where so many types and sizes are sold, then you come to the school which has a roller coaster that whizzes past the chill of Dementors and flies through the school and into a Quidditch Match. There’s another ride – Dragon’s Challenge – that nearly made me lose my voice for screaming. 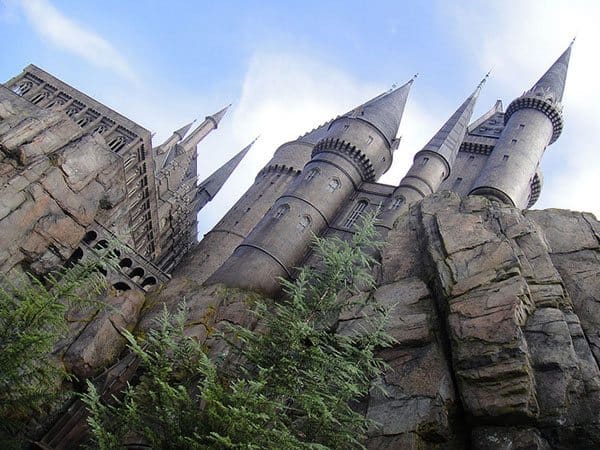 3. Seaworld Orlando is home to the killer killer whale – one of the Shamu family. The one who killed his trainer last year doesn’t wear a label so during the Believe show you can’t tell who he is. I guess that’s a good thing. I’d probably judge him. Have a look at this quick movie I made of some of his tricks (including a donut on the landing pad) to the LOUD Let’s Get Loud:

The other cool thing at Seaworld is the Manta rollercoaster ride which spins you around the park hanging face down over the people below. Another hoarse moment.

Addendum: five years after writing this post, I have changed my mind entirely about SeaWorld and boycotted a recent event there. I am not deleting it from this list as they do some good things rehabilitating ocean mammals and fish and introducing roller coasters. But here is why I will not go back >>

4. The next big thing is 3D. One could say art is now imitating life. (I once heard some girls come out of the movie Avatar 3D and say they wish the whole world could be 3D). Disneyworld’s Magic Kingdom was where the 5000 Pow Wow delegates had our opening night party. People were raving about Space Mountain – as you would expect – but an unusual thing happened with the closing fireworks. When one donned one’s cardboard 3D glasses Micky Mouse’s face would appear on every spark. I uploaded a video of it and put the glasses over the lens. If you look carefully you can see them right at the end.

5. Outlet shopping. Once you’ve got the theme parks out of your system and you’ve met an astronaut (yes truly, retired space walkers are there each day to shake your hand), you can either play golf (which I didn’t include on this list simply because I am un-co. But there are 10 courses in Orlando – 4 of them on the vast 7,000 acre Disney site! Click here for Orlando Golf info.) Send the boys there and girls can head to either Prime Outlets or Premium Outlets. They are both huge and sprawling so click on these links to see which one carries the stores you’re after, or which is closer to your hotel.

Enjoy Orlando and may their new tagline be cheesily yours: Orlando makes me smile.