My mission: I have 8 days to see Oman from top to bottom and I’m going to give it a blimmin good go. It helps that I have 2 great guides who double as high speed 4 wheel drivers and 4 companions who double as comedians. 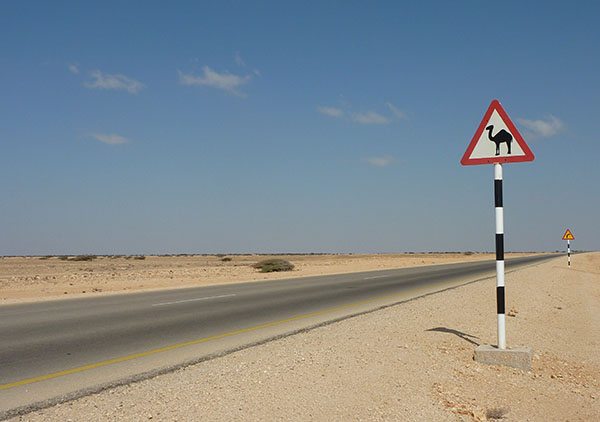 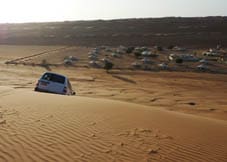 We drove from Muscat, the capital city in the north, to Salalah the cooler city in the south, zooming across sand dunes and wadis, staying in posh 5-star hotels and tented resorts and even camping by the sea in igloo tents without toilets  (to test my character). We ate fancy pants food as well as cheap offerings from hole in the wall restaurants. And I now adore Arabian food – think Turkish with a twist of Indian. We visited mosques and forts, souks and Bedouin families and I couldn’t stop taking photos.

Oman is a gem just waiting to be discovered.

You might think Oman is off the beaten track but it’s only an hour’s flight from Dubai or Abu Dhabi and couldn’t be more different to its glitzy, high-rise sisters in the Persian Gulf. Oman sits to the east of the UAE on the Gulf of Oman but its main coastline is the Indian Ocean. It is nearly the size of New Zealand or the UK (212,000 sq km) and sprawls down the eastern border of Saudi Arabia until it bumps into Yemen in the south. 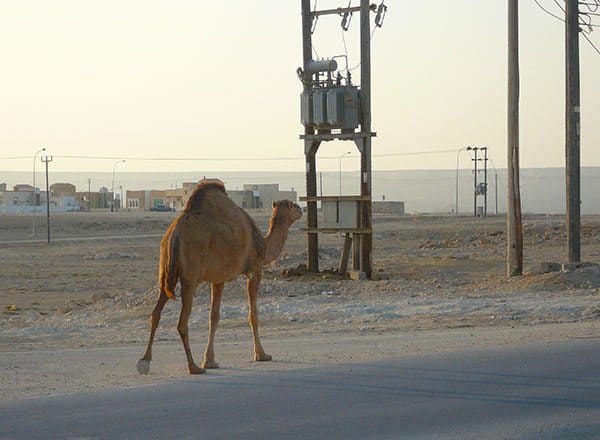 The current Sultan, Qaboos bin Said, is 69 years old with a perfectly clipped white beard. I know this because his painting is everywhere. He was trained at Sandhurst in the UK and has been running the country for nigh on 40 years after running his father out of town in 1970 (to London actually). Under his leadership he has turned the country around, invested oil money into infrastructure and helping the poor (instead of it going into royal pockets), built schools and added the buses to pick up kids in the far flung corners of the desert and generally raised the living standards of his people. They love him and have every reason to. 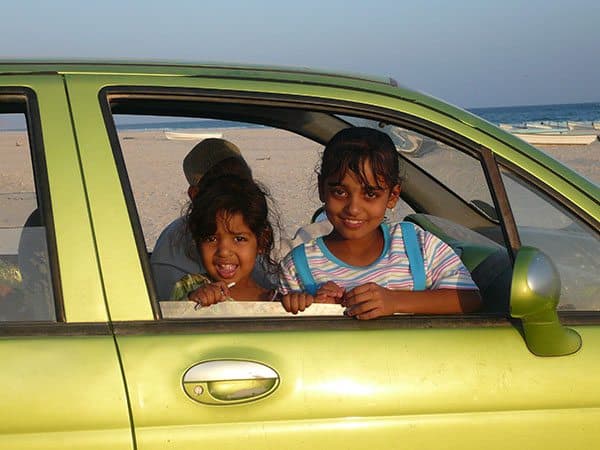 These cute kids wanted their photo taken so I showed it to them. They were stoked!

I find their political history quite fascinating and with a little encouragement (read, comments from you) I could go on about all that he has done. Suffice to say, Oman is now very well positioned for tourists with new hotels, excellent roads and cool architecture, yet keeping the tradition and culture still amazingly intact. And there are sand dunes and camels. Ok, I added the latter because let’s face it, you can get good roads in a lot of countries, but good roads where camels have the right of way? Now that’s just quaint.

If you’re already convinced,  get your travel agent to book you a trip that starts in Muscat for a good look around (including the stunning mosque), take a couple of day trips to see traditional markets and ancient forts, overnight in the ancient fort town of Nizwa and in a desert camp in Wahiba Sands, visit wadis and castles, and end back in Muscat. Marvellous.